Why is BCS theory unable to predict superconducting materials?

The theory of hole superconductivity proposes an explanation for why superconductors have to have hole carriers. A simple garage analogy illustrates the basic point qualitatively: single holes have difficulty propagating and pairs of holes can propagate more easily, while for electrons the situation is reversed. This is because holes are more dressed than electrons, and holes undress and turn into electrons when they pair. The theory also implies that the electron-phonon interaction, assumed in BCS theory to be the cause of superconductivity, is in fact irrelevant to superconductivity. 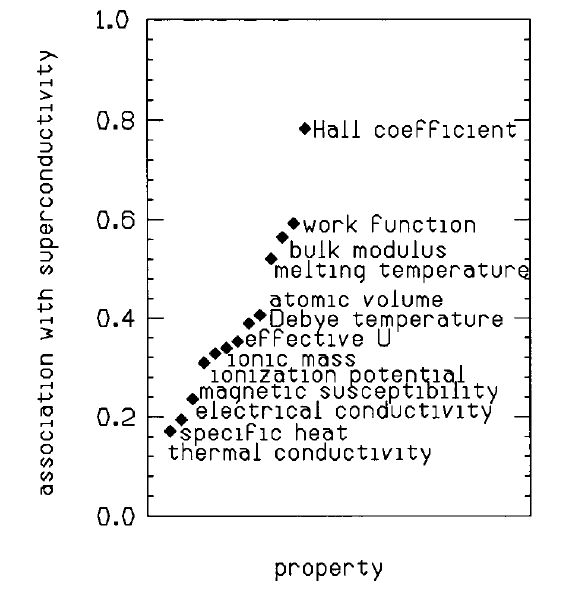 The theory of hole superconductivity predicts that superconductivity is associated with hole conduction in the normal state and that high Tc's occur when holes conduct in negatively charged structures, i.e. a lattice of anions. The situations where high Tc's have been found in nature (high Tc cuprates, magnesium diboride, iron arsenides) are in agreement with this expectation.

Can you tell by looking at the band structures below which of these two elements is a superconductor and which is not?