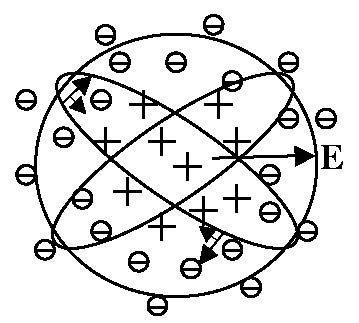 Atoms know very well that negative and positive charge are different (it is always the positive charge that is in the nucleus, and the negative charge outside). So do superconductors. (normal metals don't, that's why they are not giant atoms).

The view that a superconductor is a giant atom is in fact not new; in many old papers one can find statements to that effect, for example:

London , Phys.Rev. 51, 678 (1937): " ...the electromagnetic behavior of the superconductor as being the same as that of a single big diamagnetic atom"

as well as in some of the older books:
Rickayzen, Theory of Superconductivity, (1965), p.217 "Thus an atom behaves as a superconductor in a small, uniform magnetic field...a superconductor behaves like a large (macroscopic) atom".

And the process by which the normal metal becomes a giant atom provides a dynamical explanation of the Meissner effect.

For more information see papers on the theory of hole superconductivity.